Steve M. Slaby ~   In 1953, Steve set out to illustrate higher dimensional spaces using descriptive geometry. He wanted to present understandable images of n-dimensional spaces to anyone who might be interested. Steve knew these geometries were difficult for most to comprehend but that diagrams of these spaces would allow people access to them. Steve Slaby believed these geometries had applications beyond the theoretical realms. One of his works, maybe never noted, was a translation into English of Ludwig Eckhart's book Four-Dimensional Space. Professor Emeritus Steve M. Slaby of Princeton University has given everyone in the arts, sciences and technologies allot to strive for.

C. Ernesto S. Lindgren ~ Ernesto Lindgren became interested in all forms of geometry in 1954. To this day there are only a few people who are willing to study n-dimensional geometries. Most people believe higher-dimensional geometries are just science fiction. These geometries are not fiction, they have existed for more then a century. N-dimensional geometries are easier to approach with visual aids. This is how and why the use of descriptive geometry can make the introduction to higher-dimensional spaces less intimidating. Ernesto has written a synopsis of our work and the above reflexes its tone. It has been published in two academic journals: Humanistic Mathematics Network Journal, May 1998, from Harvey Mudd College, Editor Alvin White, and HyperSpace, Vol. 7 No. 2 1998, from Kyoto University, Editor Koji Miyazaki.

Paul D. Oaks ~ Paul made the computer animated movie. He could easily get a job at ILM or DD, however if he did, he would not be able to gaze at the stars at night with his family.

George D. Beelen Jr. ~ George has done all of the graphics and editing for all of the other papers and projects. I can not over state the vast amount of technical work my friend has done for me over the decades. These words would not be here if it was not for him.

Randal J. Bishop ~ I am the author of this paper and the producer of the computer animated movie. Thanks, Everyone 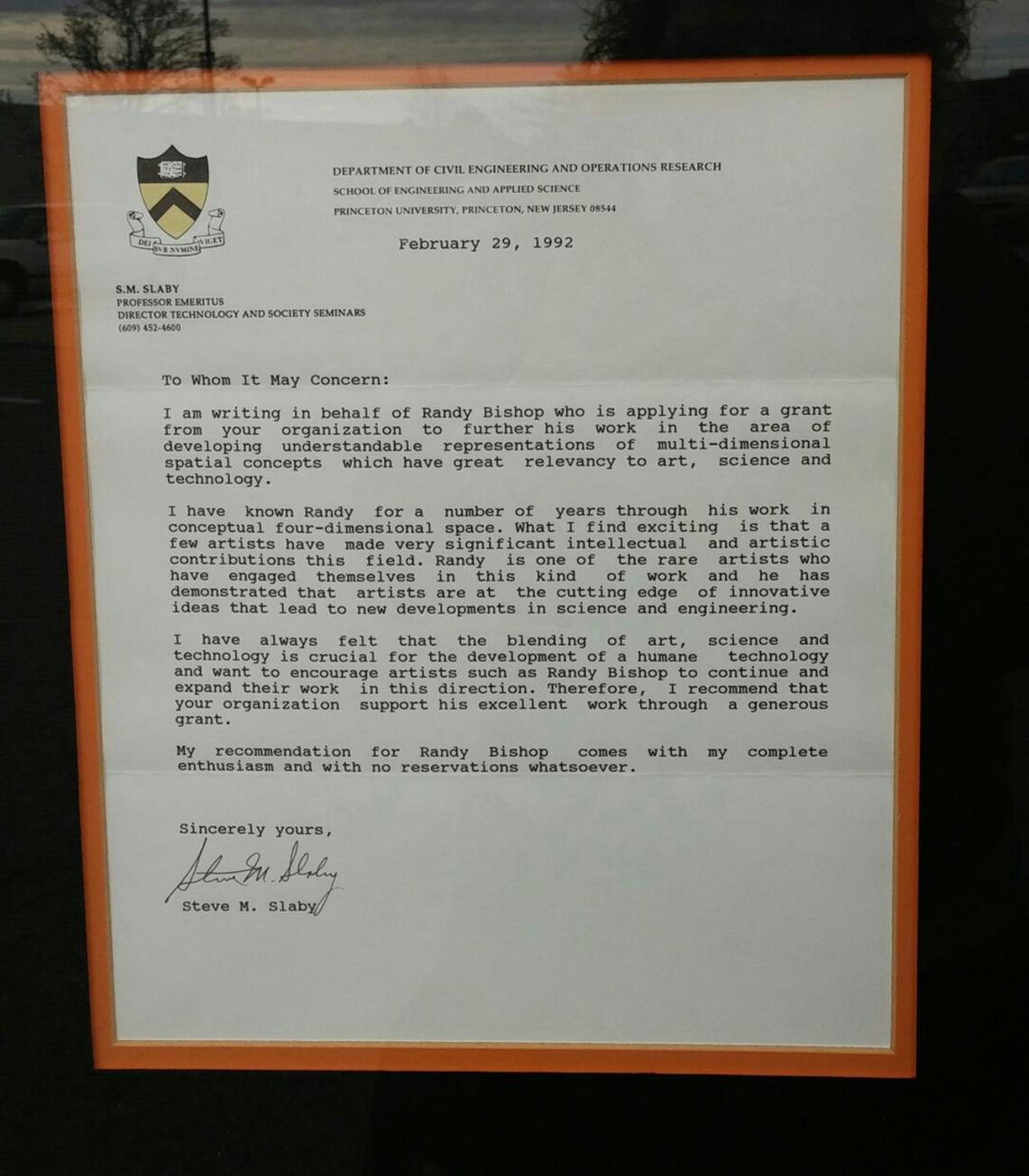